Many artists have explored chess since its inception around two thousand years ago, but of these Barry Martin has been the most consistent. the most dedicated, the most inventive and, pace Marcel Duchamp, perhaps the most important.

Raymond Keene OBE, Grand Master, in The tomorrow of my yesterday 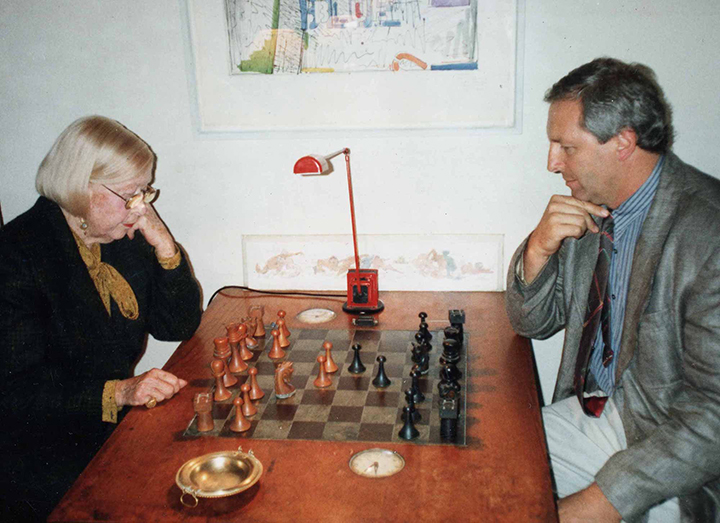 The artist playing chess in 1991 with Teery Duchamp, (Marcel Duchamp’s wife) with Duchamp’s own designed chess set, in Duchamp’s home near Fontainbleau, France, and the artist as black, played the French defence. 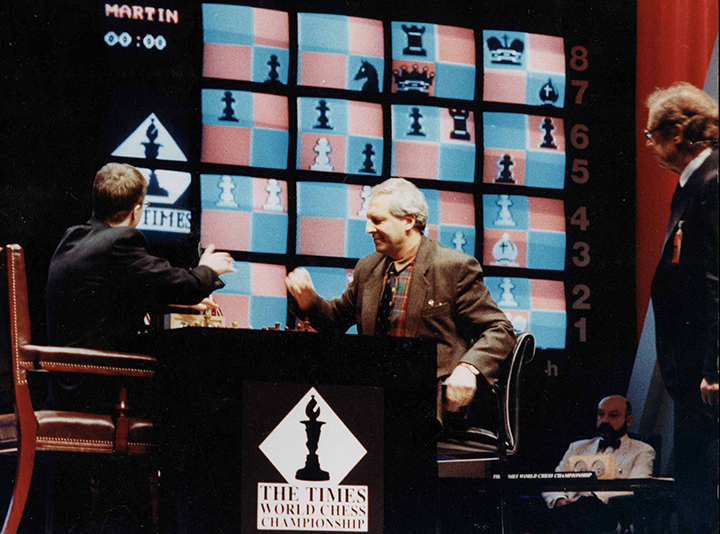 The artist playing chess in front of a live audience against the British Champion, Nigel Short, GM, at the Savoy Theatre, 1993, London.

The great Russian chess player and coach Yuri Averbakh, who acted as arbiter looks on. The offical artist for the world chess championship tournament 1993 held at the Savoy, London, between Garry Kasparov, GM and Nigel Short, GM. 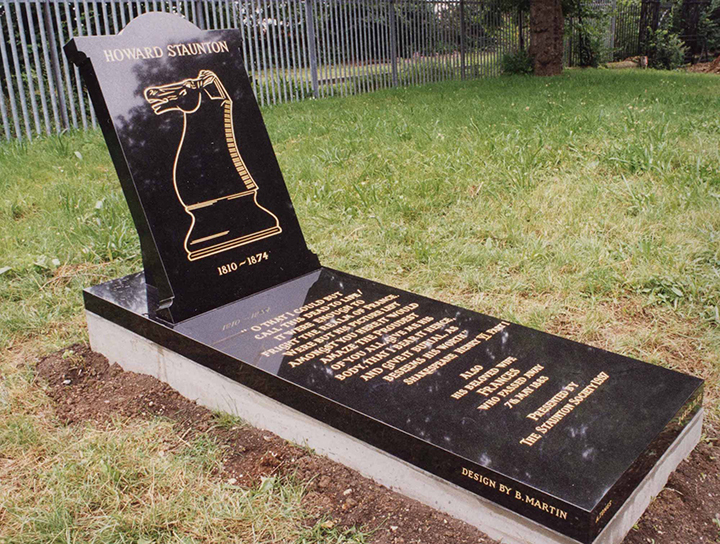 The artist designed the Howard Staunton grave in Kensal Green Cemetary, which was unveiled in 1997.

The Staunton Society formed in 1993 has been successful in rectifying the
national and shameful neglect of such a great ninteenth century British and World chess champion.

A blue plaque honouring Staunton was unveiled by the artist in 1999 for English Heritage in Notting Hill Gate, London