Barry Martin was born in 1943 in Amersham, Buckinghamshire.

Movement, both real and imaginary has formed the basis of much of the artist's work.

This has been realised in both 2-dimensional and 3-dimensional works some of which are in major museum, corporate and private collections.

Time based activities have included performance; installation; moving sculptures, film and video; paintings; prints and drawings some, of which are shown on this website.

The artist has also pursued ideas of movement and meaning in the activities of games, notably chess.

He has written about art and given major lectures at the Tate Gallery to coincide with a number of their major exhibitions, for example Jackson Pollock; Piet Mondrian; John Singer Sargent, Hans Hofmann, and the Chess and Art Symposiums 1991, 1993.

He has work in many public, corporate and private collections. 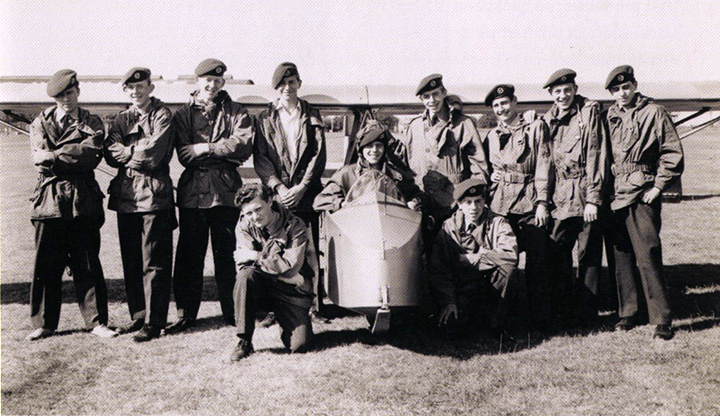 1967
The artist with wings, 4th from left, RAF Hawkinge, Kent 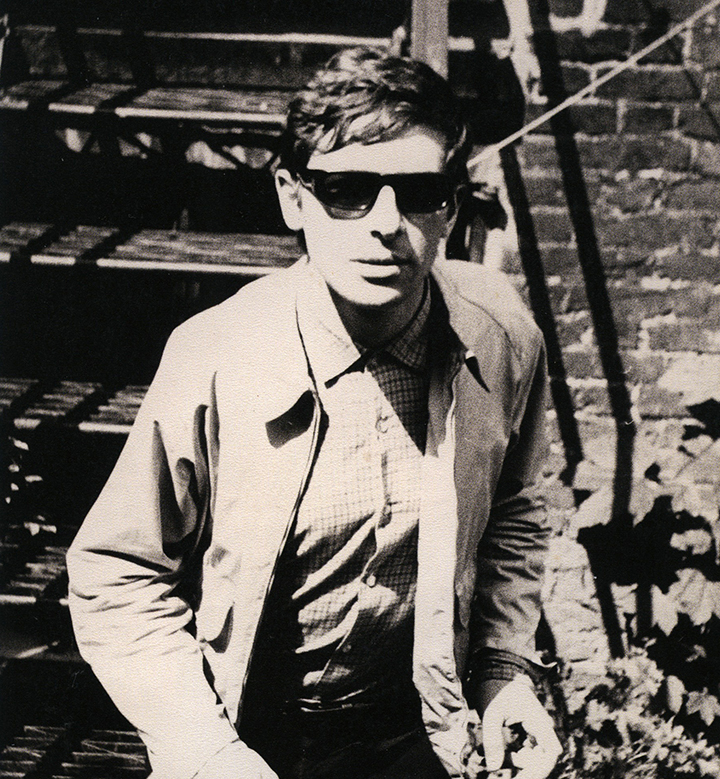 1967
The artist at St Martin’s School of Art 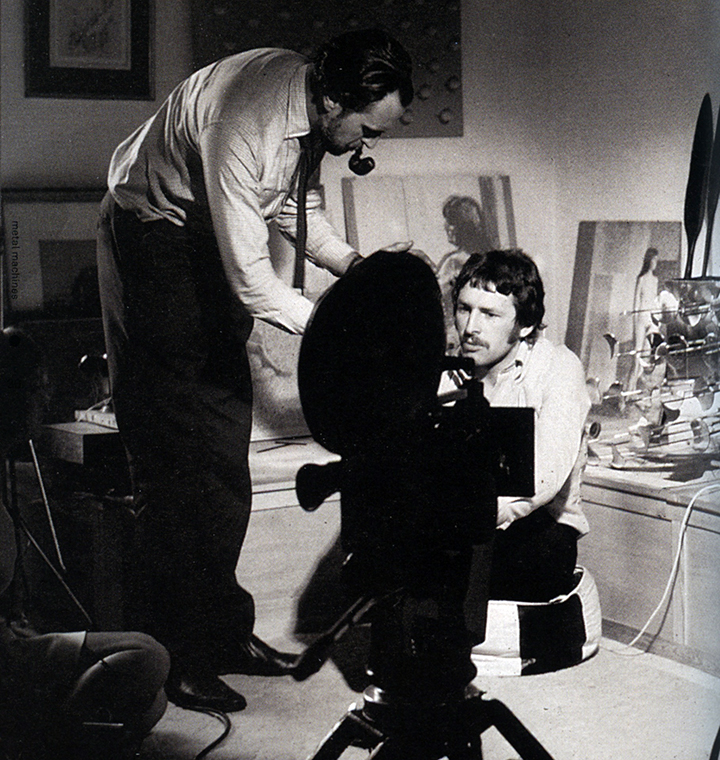 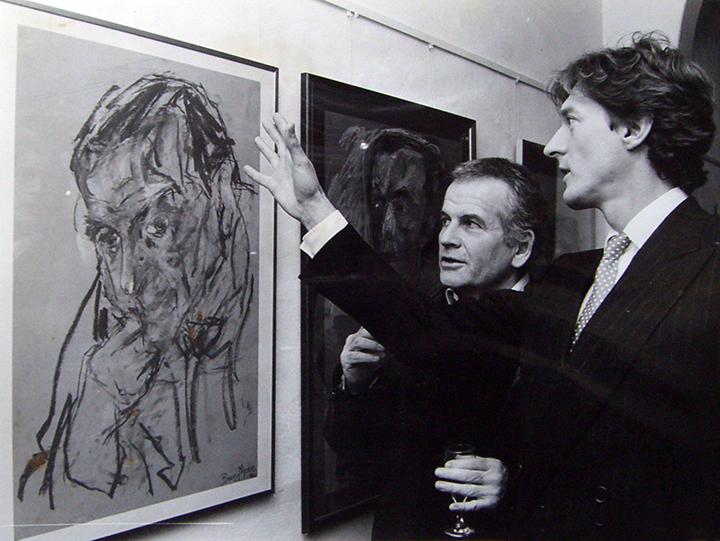 1985
Ian Holmes studies his portrait with Nigel Havers at the artist’s portrait exhibition.

2007
The Artist with Sir Anthony Caro, grandchild and Julius Bryant at the Jan mol installation 2007. 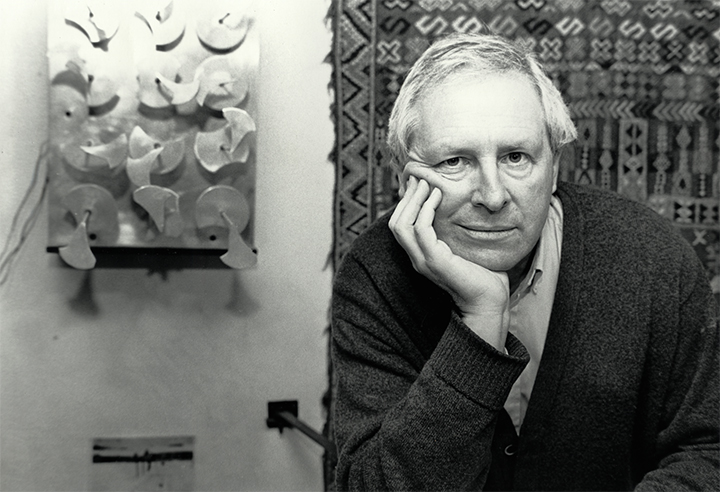 2007
Portrait of the artist, Programmed Shape Development, 1968, can be seen in the background.